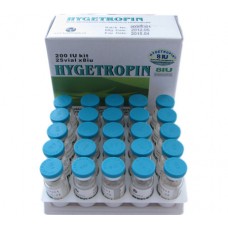 By definitions: A peptide hormone secreted by the anterior pituitary gland in the brain. HGH enhances tissue growth by stimulating protein formation. HGH reduces body fat The men did not alter their personal habits of eating, smoking, or exercise, yet with the consumption of HGH, they lost an average of 14% of their body fat, while gaining an average of 8.8% lean muscle mass. Their skin became firmer and they experienced a localized increase in bone density. Over all, HgH appeared to reverse the effects of aging by 10-20 years. HGH is prescribed and administered by a doctor in the form of injections. But a nonprescription form is also available over the counter and through mail order. HGH is Human Growth Hormone, a natural hormone produced in the pituitary gland of the brain. HGH is considered "the key" hormone because it controls so many functions. It's responsible for youth, vitality, energy and all of the health benefits we associate with youth. Dr. Daniel Rudman's study in the New England Journal Of Medicine demonstrated the remarkable ability to reverse the effects of aging upon the human body with the employment of HGH - Human Growth Hormone! Due in part to his efforts, Dr. Rudmans's study saw the effects of HGH upon overweight men between the ages of 61 and 80 years of age. HGH promotes growth in children and plays an important role in adult metabolism. The body secretes the hormone, in decreasing amounts, throughout our lifetimes. The amount of hormone in the body can be measured by levels of IGF-1 (Insulin Growth Factor). Growth hormone has a profound effect on all the cells of the body, more than any other hormone because it is the cell generator. HGH is the "master hormone" controlling many organs and body functions and is directly responsible for stimulating tissue repair, cell replacement, brain functions, and enzyme function! It's human growth hormone that grows the cells, bones, muscles, and organs, and it is the decreasing level of human growth hormone after age 30 that slowly robs us of our "youth."