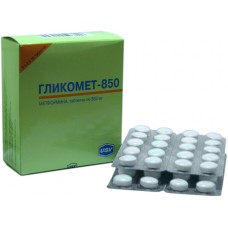 Glucophage belongs to a group of medicines called biguanides. Glucophage lowers high blood glucose (hyperglycaemia) by helping your body make better use of the insulin produced by your pancreas. Therapeutic actions: Metformin is an antihyperglycemic agent which improves glucose tolerance in patients with type 2 diabetes, lowering both basal and postprandial plasma glucose. Its pharmacologic mechanisms of action are different from other classes of oral antihyperglycemic agents. Metformin decreases hepatic glucose production, decreases intestinal absorption of glucose, and improves insulin sensitivity by increasing peripheral glucose uptake and utilization. Unlike sulfonylureas, metformin does not produce hypoglycemia in either patients with type 2 diabetes or normal subjects (except in special circumstances, see PRECAUTIONS) and does not cause hyperinsulinemia. With metformin therapy, insulin secretion remains unchanged while fasting insulin levels and day-long plasma insulin response may actually decrease. Usage: Glucophage is used to control blood glucose (the amount of sugar in the blood) in people with diabetes mellitus. Glucophage can be used in: * type 1 diabetes, also called insulin dependent diabetes or juvenile onset diabetes, when insulin alone is not enough to control blood glucose levels * type 2 diabetes, also called non-insulin dependent diabetes mellitus (NIDDM) or maturity onset diabetes. It is especially useful in those who are overweight, when diet and exercise are not enough to lower high blood glucose levels (hyperglycaemia). Glucophage can be used alone, or in combination with other medicines for treating diabetes. Glucophage is not recommended for use in children, except for those with insulin-resistant diabetes who are being treated in hospital.